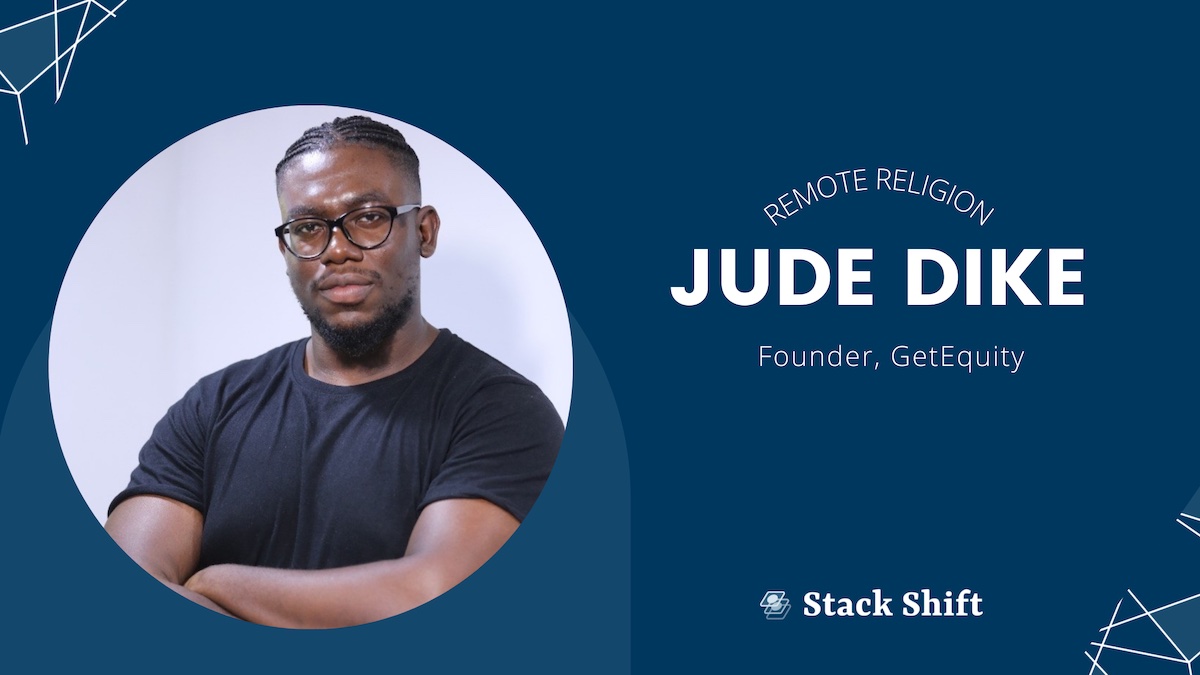 How Nigerians are earning $300k in Defi

Chris Quintero
•
5 min Read
Remote Religion is a series which shines a spotlight into the life of a remote tech worker in Africa. We explore the promise and perils of remote work and how to navigate career transition.
In this first edition of Remote Religion we’re speaking with Jude Dike, popularly known as @bigbrutha_ on Twitter. We talk about his journey into blockchain engineering, recent transition to becoming a founder, and the crazy salaries of Defi.

Hi Jude! Great to speak with you. Please tell us about yourself

My name is Jude and I’m currently the cofounder and CEO of GetEquity. I’m a software engineer with 8 years experience in engineering and product across Nigeria, Canada, US, and the UK. I’m also into blockchain engineering.

Thanks Jude. I’m a huge fan of your work at GetEquity. How did you get into blockchain engineering?

In 2017 during the crypto boom, I became interested in how people were creating ICOs. I’ve never been very good at investing. I’m more of a builder, so I wanted to learn by building. I got a tutorial from udemy, and found it was actually interesting. Then I found out that blockchain engineers in Swiss banks were getting paid $180k. I think that was in itself, a big motivator.

Now this seems like small money, compared to what I see in Defi

I’d love to hear more about DeFi salaries in a minute. What was your first blockchain role?

I first got a contract role from some Canadian Nigerians looking to build their supply chain product on the blockchain. We built out their first MVP for about $3k.

It was amazing. At that time, I had just finished my blockchain course and I was looking to get hands on experience so this was a perfect match. The project lasted about two months, iterations inclusive.

So afterwards you sought out more blockchain projects?

Yes. This time I wanted to work for a blockchain company proper. That took a while, so I settled on contracting more. My next role was a contracting gig with a bank as a blockchain engineer. I was fascinated by exchanges and had also wanted to be a quant engineer so when the CIO  talked about building an exchange on the blockchain, I was in heaven. We built it in about 3 months but there was some internal squabble, so the project got put on hold for a while. Then my contract expired.

That's a bummer. What happened next?

I was contracting on another project in the same bank, but that contract expired a month later as well. I later got another job at blockchain payment platform but only worked there for a month before I had to leave because of personal health reasons. This was by 2019 September. I ended up being jobless till January 2020

Sorry to hear that. That sounds tough. How did you find something new?

Twitter, lol. I found a JD on twitter that literally was made for me. Each line  felt like it was calling to me. So I applied, the CEO loved me, and we did the technical interview the next day. I resumed with the company. This was Concourse  and Defi Pulse.

This was my first full time blockchain role so I was both excited and wary. But I guess they loved me and after two months, my equity was increased. We built dex.ag to be the fastest dex aggregator. They later raised a $3m seed, which was amazing as the project started out at a hackathon.

That's awesome. I see you've worked at a few other blockchain startups since then. What did working at Concourse teach you?

First, it taught me structure. Second, it exposed me to the US crypto community. This helped me understand a lot. I realized the difference between Africa and North America in terms of knowledge gaps. Now part of what I’m interested in is bridging that gap as much as I can

That's interesting. Can you say more about this?

People in US crypto communities meet to talk about projects and new technologies, so it’s easier for them to scale up.

Got it. So you're saying there was more knowledge sharing?

Exactly, I was lucky to be at the forefront of Defi summer, so I was able to watch projects start up and scale as we integrated them into dex.ag and defipulse. We also had opportunities to collaborate and test out new tools. This kind of thing is starting to happen more now in Nigeria. It’s why I’m excited about what Stack Shift is doing.

Thanks! It looks like you started GetEquity soon after you left Concourse. What led you to found it and what does GetEquity do?

GetEquity started during the period where I was jobless. I decided to take time off and focus on an idea I had – I wanted to tokenize and trade any type of asset on the blockchain. This was the idea that later became GetEquity.

Has being a founder hanged your perspective on things?

It has! On a lot of things. For one, I now have a lot of praise for marketing and sales. I also see how important team culture is. Engineering structure is also something I value more now.

What’s a typical day look like for you now? Is the rest of the team team fully remote?

My company is fully remote. A typical day starts at the gym from 7:30-10:30am. On days that we have stand ups, I do those in my car or at the gym. On other days, its meetings then product spec. I rarely handle engineering now that we have a mature engineering team. So my main job is to be chief sales officer, fundraising officer, and product officer.

You mentioned earlier you’ve seen some crazy salaries in Defi?

These days I see Defi salaries as high as $300k! There are smart contract auditors making $15k a week.

🤯  It's no wonder people are excited about getting into the space.  What advice would you give to developers interested in transitioning?

Work on as many projects as you can. This could be joint projects with friends, hackathons, etc.

Companies want to see real work done, and you’ll get a chance to work on projects starting up so you’ll understand more. We’re still in early days. Now is the best time to be a blockchain dev

I have to ask. Is there a story behind your handle?

Lol yes. It was at NYSC camp. Our platoon leader was trying to get us together to pass information, but he wasn't loud enough, so I kept repeating what he said for everyone to hear. Someone responded I sounded like big brother in BBN and from that day, they all referred to me as big brother as opposed to my name.

😂 I can see it. Thanks so much Jude. This has been amazing. Is there anything else you’d like people to know about GetEquity?

Thank you Chris. Yes, please look forward to a lot more companies to invest in. 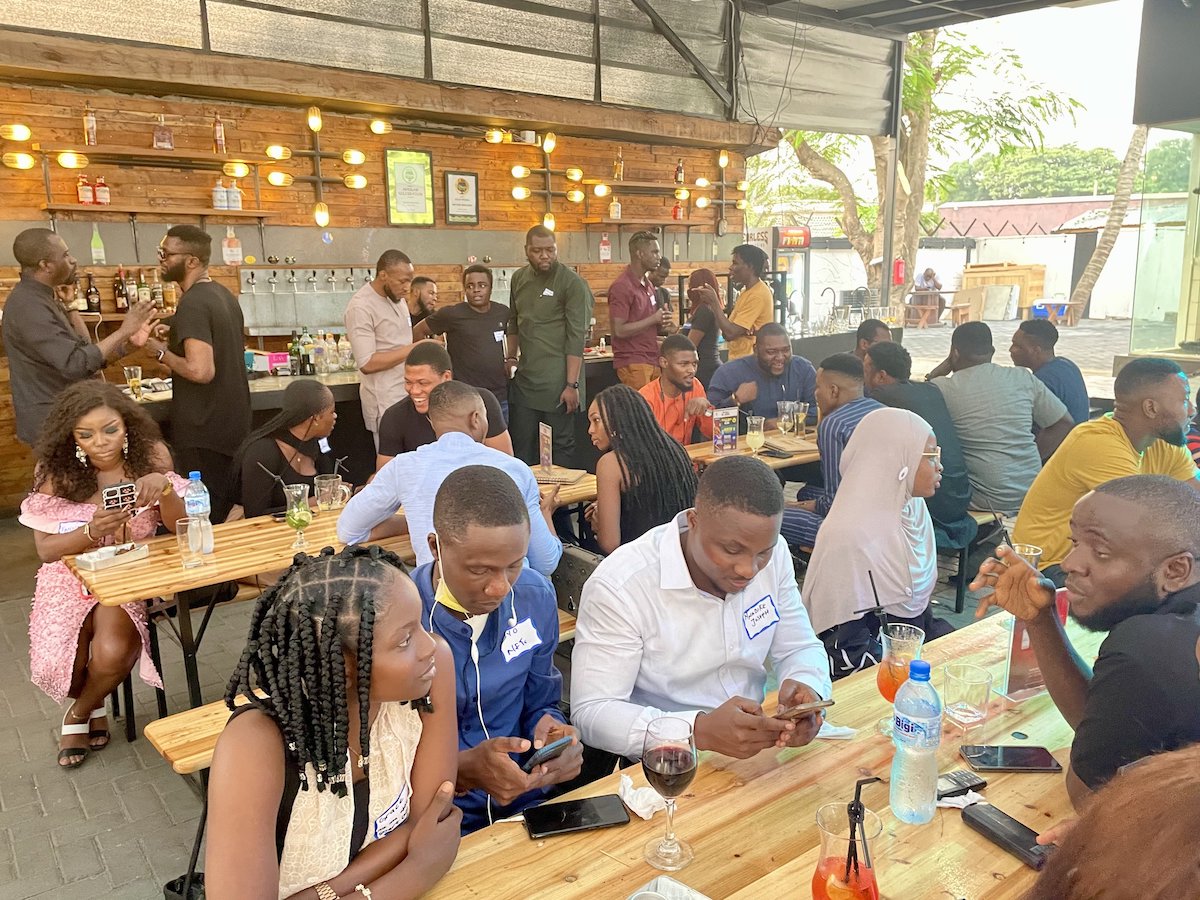 Recruiting the next dWeb Fellowship Cohort 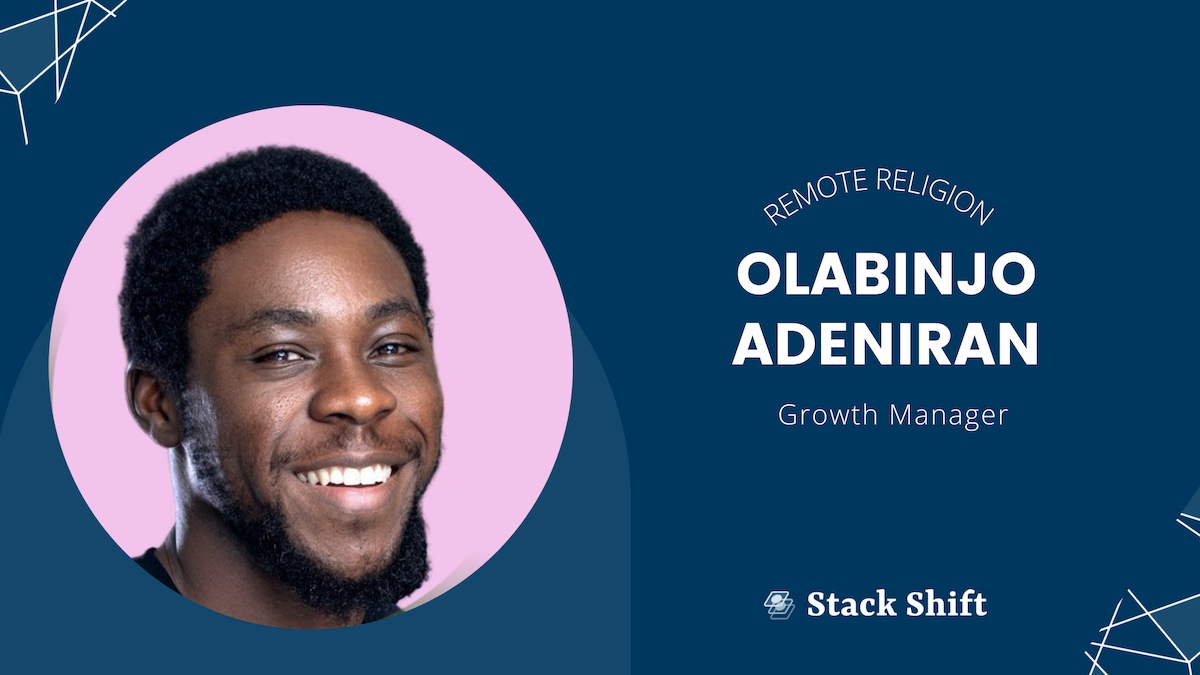 My Decade Long Experience in Marketing and Growth 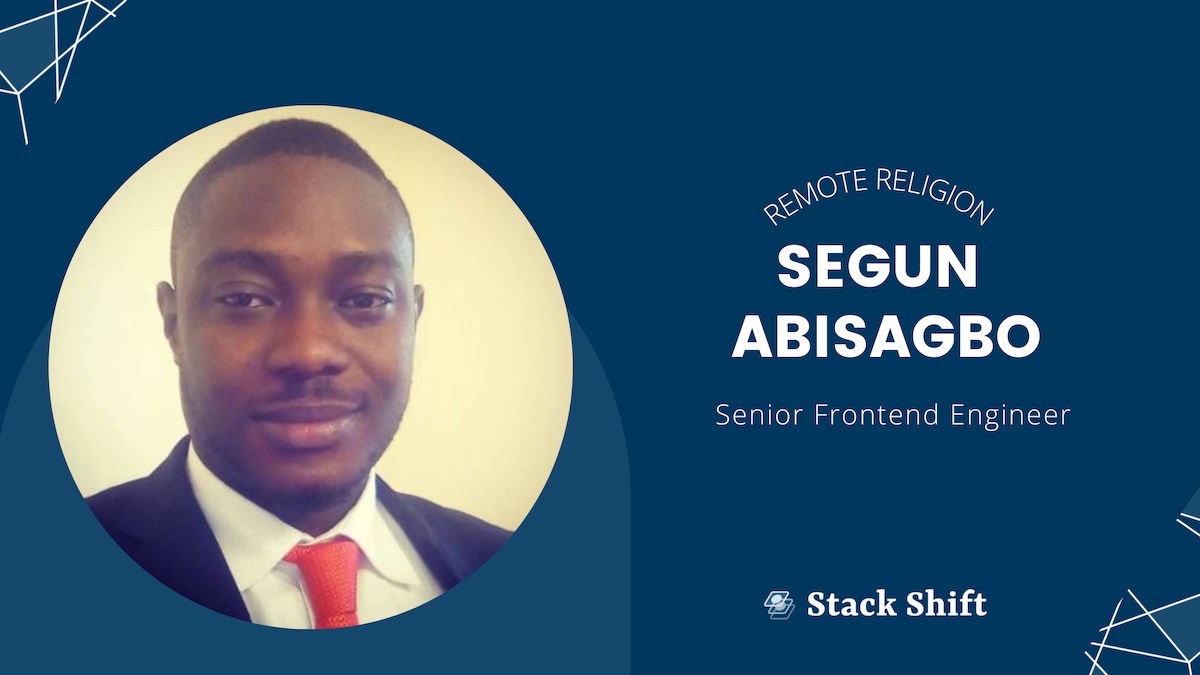 Why I transitioned from backend to frontend development